IMDb: N/A 2019 60 views
Best friends set out to conquer Hollywood but are ambushed when one of them is diagnosed with bipolar disorder.

IMDb: N/A 2019 135 min 59 views
Four sisters come of age in America in the aftermath of the Civil War.
DramaRomance

2019 80 min 58 views
When Amber spends the holidays with her Aunt Dora and helps plan a fundraising Christmas Concert, it brings Amber closer to her aunt and new love into her life.
RomanceTV Movie

Christmas On My Mind

Christmas On My Mind

IMDb: N/A 2019 78 views
When Lucy wakes up with a wedding dress in hand, she believes that she is late to her wedding with her ex-boyfriend Zac. However, she has no recollection of the past 2 years, including the fact that she is engaged to another man.
RomanceTV Movie

IMDb: N/A 2019 108 min 56 views
Based on the real scandal, BOMBSHELL is a revealing look inside the most powerful and controversial media empire of all time; and the explosive story of the women who brought down the infamous man who created it.
Drama

2019 125 min 105 views
Live-action adaptation of the classic story of a wooden puppet named Pinocchio who comes to life.
Fantasy

2019 113 min 63 views
For Rara, being fat and having dark skin is a curse. One day, Rara had the opportunity to promoted in office. However, her boss requires Rara to change totally her appearance.
Drama

IMDb: 4.2 2019 108 min 44 views
A publicity seeking radio DJ is driven to the edge of insanity when he attempts to break the 11 day world record for staying awake-under the threat of a deranged caller who will kill him if he falls asleep.
Thriller

IMDb: 8.2 2019 90 min 42 views
We follow four Sudanese filmmakers on their journey through dusty archives and bureaucratic institutions. Their dream: To bring cinema back to Sudan.
Documentary

2019 90 min 43 views
Since the border between France and Italy was closed in 2015, the Roya valley has become the symbol of insubordination. Migrants stranded in Ventimiglia continue to pass, bypassing roadblocks and controls, helped by certain inhabitants of the valley. In this enclave where migrants hope to achieve a better future, the solidarity of the inhabitants has become an act of resistance. ...
Documentary

Holidays With the Houghs

Holidays With the Houghs

IMDb: N/A 2019 90 min 48 views
While doing her job to deliver the most magical Christmas ever to a royal couple, Lauren finds herself falling for their son who soon shares her love of everything Christmas.
RomanceTV Movie

2019 73 views
A marketing executive is invited by her charming and handsome boss to pitch a major project to prospective clients at a posh resort and the two get snowed in together before any of the other guests can arrive. Now, with the hotel to themselves, a fairytale snowscape outside and sparks flying inside, they find that being alone together is all ...
RomanceTV Movie

IMDb: 5.7 2019 116 views
Hannah is a book editor and she must work with her former rival Ryan to help a potential writer find her way. However, life seems to have other plans for Hannah as Angel Anthony reminds the duo about the miracle of Christmas and the value of community.
RomanceTV Movie
Page 1 of 22123 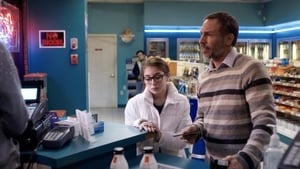 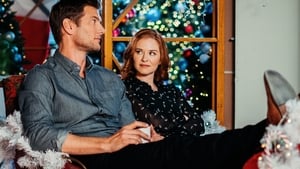 Twinkle All the Way