2019 93 min 50 views
After being humiliated by others, "Shadfil" goes through ups and downs in so many adventures to finally win everyone's heart and become the real elephant king.
Animation

IMDb: N/A 2019 104 min 104 views
Elsa, Anna, Kristoff and Olaf are going far in the forest to know the truth about an ancient mystery of their kingdom.
AdventureAnimationComedyFamilyMusic

IMDb: N/A 2019 97 min 131 views
When Jesper distinguishes himself as the Postal Academy's worst student, he is sent to Smeerensburg, a small village located on a icy island above the Arctic Circle, where grumpy inhabitants barely exchange words, let alone letters. Jesper is about to give up and abandon his duty as a postman when he meets local teacher Alva and Klaus, a mysterious carpenter ...
AdventureAnimationComedyFamily

IMDb: 4.6 2019 93 min 49 views
Animals band together to save the day when the evil Otto Von Walrus hatches a sinister scheme to accelerate global warming and melt the Arctic Circle.
Animation

IMDb: 5.9 2019 86 min 56 views
The Addams family's lives begin to unravel when they face-off against a treacherous, greedy crafty reality-TV host while also preparing for their extended family to arrive for a major celebration.
AnimationComedyFamilyFantasy

IMDb: 5 2019 80 views
Seven high school students that got caught in an airplane accident wake up, in a middle age like fantasy different world where magic and beast-man (juujin) exist. But they do not panic at their current situation!? They build a nuclear plant in a world without electricity, they control the economy of a large city in a short work's trip, and finally for ...
Action & AdventureAnimationDramaSci-Fi & Fantasy

IMDb: 6 2019 65 views
Professional wrestler and animal lover Shibata Genzo is suddenly summoned to another world. Greeted by a princess, she requests to get rid of the evil beasts roaming in this world. Outraged that he was asked to kill monsters, Genzo German suplexes the princess. Unable back to get back to Earth, he decides to live a peaceful life and manage a ...
AnimationComedySci-Fi & Fantasy

IMDb: 7.5 2019 75 views
A stout, weak, yet highly passionate Sora Kurumatani enters Kuzuryuu High School with hopes that he'll fulfill his mother's wishes to dominate his first high school tournament. However, the basketball club—turned den for delinquents—does anything but play basketball! Its club members, Momoharu Hanazono, a skilled blocker who can do power jumps but is horrible at shooting, and his twin brother ...
AnimationDrama

IMDb: 7.1 2019 92 min 50 views
A group of misfits encounter a young Yeti named Everest, and they set off to reunite the magical creature with his family on the mountain of his namesake.
AdventureAnimationComedyFamily

IMDb: 8.4 2019 101 min 45 views
One Piece: Stampede is a stand-alone film that celebrates the anime's 20th Anniversary and takes place outside the canon of the "One Piece" TV series. Monkey D. Luffy and his Straw Hat pirate crew are invited to a massive Pirate Festival that brings many of the most iconic characters from throughout the franchise to participate in competition with the Straw ...
ActionAdventureAnimation

IMDb: 4.6 2019 99 min 55 views
Marla is forced to abandon her carefully structured life to embark on an epic journey to find her younger brother Charlie who has disappeared into the vast and wondrous animated world of Playmobil toys.
AdventureAnimationComedyFamilyFantasy

IMDb: 6.4 2019 96 min 40 views
Red, Chuck, Bomb and the rest of their feathered friends are surprised when a green pig suggests that they put aside their differences and unite to fight a common threat. Aggressive birds from an island covered in ice are planning to use an elaborate weapon to destroy the fowl and swine.
AdventureAnimationComedyFamily

IMDb: 6.6 2019 58 views
Since the Edo periods of Japan, gladiator arenas exist in certain areas. In these arenas, wealthy business owners and merchants hire gladiators to fight in unarmed combat where winner takes all. Toki Taouma, nicknamed "Ashura," joins these arenas and devastates his opponents. His spectacular ability to crush his enemies catches the attention of the big business owners, including the Nogi ...
Action & AdventureAnimation

IMDb: 6.9 2019 40 views
Princes who have been turned into Dwarfs seek the red shoes of a lady in order to break the spell, although it will not be easy.
AnimationRomance

2019 114 min 46 views
Hodaka, a high school boy who moves from his isolated island home to the city of Tokyo, who immediately becomes broke! After finally finding work at a shady occult magazine, the sky rains every day until amidst the hustle and bustle of the big city, he meets a young woman called Hina. She lives a cheerful life with her younger ...
AnimationFantasyRomance

IMDb: 6.9 2019 82 min 55 views
A mysterious new villain known only as Hush uses a gallery of villains to destroy Batman's crime-fighting career as well as Bruce Wayne's personal life, which has been further complicated by a relationship with Selina Kyle/Catwoman.
ActionAnimationCrimeMystery

IMDb: 7.0 2019 118 min 49 views
Simba idolizes his father, King Mufasa, and takes to heart his own royal destiny. But not everyone in the kingdom celebrates the new cub's arrival. Scar, Mufasa's brother—and former heir to the throne—has plans of his own. The battle for Pride Rock is ravaged with betrayal, tragedy and drama, ultimately resulting in Simba's exile. With help from a curious pair ...
AdventureAnimationDrama

IMDb: 7.1 2019 57 views
For a thousand years, the Vikings have made quite a name and reputation for themselves as the strongest families with a thirst for violence. Thorfinn, the son of one of the Vikings' greatest warriors, spends his boyhood in a battlefield enhancing his skills in his adventure to redeem his most-desired revenge after his father was murdered.
Action & AdventureAnimationCrimeDrama

IMDb: 8.0 2019 100 min 95 views
Woody has always been confident about his place in the world and that his priority is taking care of his kid, whether that's Andy or Bonnie. But when Bonnie adds a reluctant new toy called "Forky" to her room, a road trip adventure alongside old and new friends will show Woody how big the world can be for a toy.
AdventureAnimationComedyFamilyFantasy

IMDb: 9.0 2019 90 min 106 views
In Fujisawa, Sakuta Azusagawa is in his second year of high school. Blissful days with his girlfriend and upperclassman, Mai Sakurajima, are interrupted by the appearance of his first crush, Shoko Makinohara.
AnimationComedyRomance
Page 1 of 3123 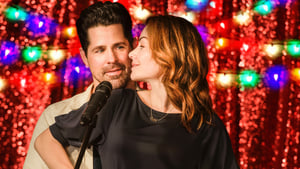 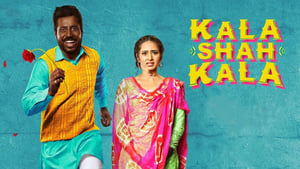